My bills exceed my income every month. Ever since I moved in this house of hell in October 2010 with my good friend and now moody, secretive passive aggressive roommate. My  landlord is also a friend and an aggressive no bullshit type landlord who gets upset when money is late for the rent and the electric and water bills he pays for this house. Blaah bla blah.

Piss. Shit. Fuck. I’ve been out of work since May 2010. I was living with my adopted mom. I had a lot of money in the bank and little rent to pay. It was a great deal and I wanted to get my creative projects finished despite my little unemployment checks. I published my first novel a few days after I was fired for example. I wanted to carry the unemployment and my savings as long as I could. I picked up a little labor work with my uncle here and there. Life was good. Not for my Mom. I could tell she wanted me out. Blah. Blah Blah.

Fuck. Piss. Shit. An opportunity arose that I couldn’t resist. My friend owned the house next door to his and was renting it out cheap. It’s a 2 bedroom house and I knew a friend that I had talked about getting a place together for years. It was all set for October 1st 2010. I had plenty of money to last me 3 months or so. I figured I’d get a job at that point. I know I’ve written about this shit so many times but I need to update it for me and possibly you. Blah. Blah. Blah.

Shit. Fuck. Piss. When all other options were dwindling I tried to work. A good friend of mine at the time hooked me up with a phone collections job where he worked. It was straight commission. I have 10 years experience doing phone sales and I had high hopes for this job. I was excited. The guy hiring me interviewed me and hired me pretty fast but kept putting off the training date. A week before I was to start my Trigeminal Neuralgia (TN) came out of a 2-year remission. It affected me pretty badly and my Bipolar disorder and anxiety were back in full force. I over slept on my second day of training. I tried calling several times to save my job to no avail. My friend that got me the job told me to just come in person. I was in pain and depression and fear. I lost the job. It was then that I realized that maybe I am unable to work.  Blah blah blah.

Piss. Shit. Fuck. It was around this time my adopted mom suggested I pursue the wonderful world of Social Security Disability. She was the last person I know that would support me going on SSD. She has never thought that I was incapable of working. She saw the change. She even read up on Trigeminal Neuralgia and Bipolar disorder. Several acquaintances also suggested I try to apply for SSD. On even had an agency that handles everything for you for a percentage of the retro disability reimbursement called Allsup. I called and started the process back in February 2011. It’s now nearing the end of August and I’m still getting letters and now doctors appointments with their doctors. Blah blah blah. Shit

This shit. This piss. This fucking piss shit waiting period could last forever. I have another appointment with a neurologist and then I’m told it will take another month to process and make a decision. I’m kind of happy I get to see the doctors and they can see for themselves what a mess I can be. Blah. After a month my SSD case can go several ways. The best scenario is I get accepted, Allsup takes their cut of my retro pay and I get a check just big enough to pay back the people I borrowed money from, catch up on my immediate bills and then get my barely comfortable monthly check. Blah blah. Or I get rejected and Allsup will fight the rejection and it starts all over again and can take another 3 -6 months or more. Shit. Blah.

Fuck, shit piss. The other option is that my case will be moved into another level of evaluation whatever the fuck that means and it will be a few more months of waiting. Then there may be another level of waiting. Waiting. Blah. Fucking blah… My unemployment may be running out in November and if there is no decision by then I am more fucked then I feel like I am now. Blah. Blah blah.

Shit. Piss. Fuck. I have had enough. I have never been so broke. I have never had to ask friends and family and friends like this before. My depression, anxiety and face pain are at the extreme. Despite this fact I go numb with denial and escape and want to run, hide (if I could move) or take some deluded yet creative and possibly successful drastic moves. Blahhhhh

Bills piling. Shit. If something doesn’t change I could be carless, homeless and broke in even more major debt than ever. Piss. Helpless? Hopeless. I’m not sure. All I know is that I had enough. Enough.

Not sure where I will go from here to deal with this shit. All I know is that something has to be done soon before my life is complete udder piss. I have to fuck things up somehow in a different direction. Fly my own . ..blah blah blah… etc…

Must win or die trying. 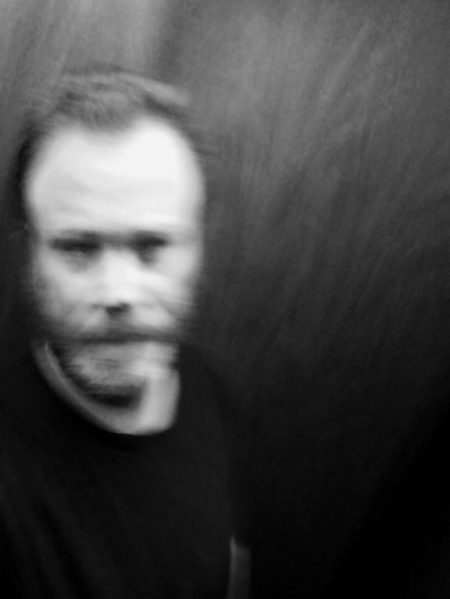