A Dream I Had- Charlie Sheen, Hooters and My Ex


I woke up in an episode of Charlie Sheen’s new television show for some reason. I was dumped off or fell into it. I felt beaten up and dirty. I watched how they referenced 2 and a Half Men and even got the characters to appear and wondered how they got the rights to do that. The set looked funny and sparse. 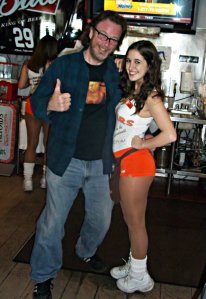 I ended up at the exit of a Hooters restaurant and I was counting my Hooters’ t-shirts someone gave me. I started talking to one of the waitresses about her bad tips because they worked near a casino and there were too many older people at they’re establishment. I watched her collect dollar and coin tips and felt bad. Then a group of teenagers drove by and threw more coins at the waitress walking me outside the restaurant. They were customers being assholes. I asked the girl if there were any bars near by to pick up take out. She pointed out several and I spotted a liquor store and realized it was earlier in the day than I thought it was. I checked my pockets for money as I walked towards thee illuminating lights of the store that sold liquor. I had enough to get drunk and that was ok with me as I tried to figure out where I was and how I got there.

On my way to pick up some beer and whiskey I checked my voicemails on my cell phone. It was Rebecca my first true love of my youth. The first one I planned to marry. It was a weird message to me. Apparently we were still a couple or a couple again. She was angry and forgiving for something I had just did which explained my abandonment in this town wherever I was. She wanted to remind me about November. I had no idea what she was talking about but happy she wasn’t mad about whatever I did that day or the day before. I forgot about buying the booze and woke up. 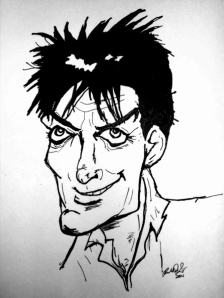