Women. You Can’t Live With Them and Men Are Assholes

Women. . . You can’t live with them . . . . Men are assholes that fucked women up. The messed them up for guys like me. Maybe guy like you.

We are all a result of our personal experiences in life. Most of us stick with what we experience in life early on and it seems we stop changing in at a certain age. Look around. You can usually tell how old someone is by what they wear, their hair styles, how they speak and their interests like music and television. You know the types. You can tell when someone grew up in the 80’s, 90’s etc.

Ahh…. The mysteries of the male and female relations. It’s never been solved but I have my theories and opinions.

In my dating experience and the older I get I find that I am less and less of a commodity and I gather more and more baggage. The same goes with the women I encounter or date. It’s been a while but I have been paying attention to other people’s relationships. So when I date a woman I am also dating her last boyfriend/husband/fiancé, the one before that and the one before that. Each experience she has changes her in some ways. This seems to go against what I said earlier about people staying in certain mentalities from early life. It’s been my observation that each man they date reaffirms her attitude from early life rather than changing it especially the women that have had traumatic experiences with men in childhood, teen years and early 20s.

So, the reason I was thinking about this is because my friend is having guy troubles. She’s been dating a guy that grew up in the same city neighborhood with the same friends and family dating the same type of girls his entire life. My friend grew up in a backwoods environment and transitioned to the center city life and has had different types and tries to let go of her past relationships when entering a new one. They are only a couple of months in and he didn’t realize how many male friends she had. I hung out with her last night and she let him know she was going out with a guy friend. He started to get jealous. She even called him while we were out to assure him it was cool. His jealousy got worse and worse.

Today she posted a photo of us on facebook and he freaked out with even more jealousy. She’s not used to this. Even in her wildest times of her youth she never cheated on a boyfriend. Apparently he has or he has experienced girls cheating on him.

It got me thinking about the line from when Harry Met Sally (yes I watched it several times and I’m proud) when Harry says “No man can be friends with a woman he finds attractive. He always wants to have sex with her.” I found this to be fairly accurate for me personally until I hit my late 20s and early 30s. Sex became less important and friendships become more important.

I suspect that my friend’s boyfriend still has that mentality in his mid 40s. My friend is a pretty tough bitch sometimes and she won’t tolerate it. She’s still upset about it.

The other code I cracked a while ago that I don’t always follow or live up to is the “women are bitches” and “men are assholes” mentality many people seem to have. It’s pretty simple to me.

Women are attracted to confident men. In many cases men that appear to be confident are actually cocky. There’s huge difference between cocky and confident. Cockiness is fake. It’s a way of overcompensating for insecurities. These men are usually assholes and dickheads. Men that are nice and accessible appear to be weaker and unconfident and a lot of them are. A woman gets the cocky guy and he turns out to be an asshole. Then she is either a victim or a bitch.

Men are attracted to confident women. The louder and more aggressive women turn out to be bitches because of their insecurities. The nice accessible women appear to be weaker and too easy so he turns to the cocky woman and she turns out to be a bitch. It’s a vicious circle for some of us.

Due to my personal struggles and variety of women I’ve dated I have been an asshole, a nice guy and a confident man. I’ve had the most luck being nice and confident.

I’m not even going to address my thoughts on love. Let’s say, for now, that I have no opinions on love. 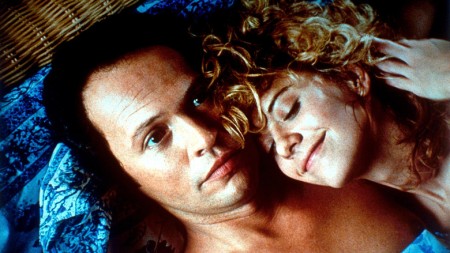